Dog’s VS The Law – Dangerous Dog Declarations and You 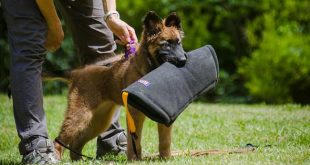 We get a lot of people caught up in the laws surrounding our dogs in the community; one in particular is the Dangerous Dog Declaration. There are a number of problems within the Declaration but one of the greatest sticking points I find is the name. Most people who are caught in this declaration do not have a “Dangerous” dog, well not be the meaning we know dangerous to have.

Dangerous Dog doesn’t often represent the act the dog may have committed but your dog can be declared dangerous anyway. This often see’s people argue their dog isn’t dangerous and spend valuable time getting letters and Statutory Declarations from people who will state the dog in question is not Dangerous.

This can be harmful because, these letters and statements most times will not in any way help and waste time and this is a very important aspect of these cases, time is critical.

When a dog is involved in an incident, it is crucial that certain steps are taken as soon as humanly possible, because if the council become involved from a citizen complaint, the clock begins to tick before a Dangerous Dog Declaration on the dog is made, so you have very little time to act if your dog is to remain undeclared…

When your dog is Declared a Dangerous Dog by the act, this means that it will need to be confined a dog pen in your backyard at all times that you are not interacting with the dog. When the dog comes out of the pen, it must legally wear a muzzle and a red and yellow collar that signifies the dog is dangerous. It must be sterilised, it cannot be on sold, re homed or given away and most people find that the dog isn’t allowed to compete in any sport or train with any club… Signs must be displayed outside your home alerting the public that a Dangerous Dog resides in this home. The dog cannot be walked by a person under 18 years of age and cannot be let off leash under any circumstances.

Failure to comply with the Dangerous Dog Declarations can end in fines as high as $55000.00!

If your dog is involved in a fight, bites someone, chases another animal or is accused of scaring someone, it is very beneficial to contact us straight away. We have a lot of experience dealing with these cases and just giving you some vital steps before council proceedings begin can make or break your dog’s chances.

We get many referrals from council for dogs that have been involved in an incident, because many councils are not “out to get your dog” but do have a duty of care to supply to the people in the community and they refer dog owners to us simply because they want us to help you get your dog back into the community with as little risk as possible to all concerned.

This month I wrote this article for the newsletter as we have had 9 finalised cases in which we acted with the owners and the dogs were NOT declared dangerous, but instead were either cautioned or fined (small amounts). This has been an exceptionally good month in terms of results as this gives the owners and the dogs another (much appreciated) chance at living a normal (unrestricted) life.

We work with Councils and owners to come up with an effective solution.

Don’t allow your dog off leash if it is aggressive or can be boisterous or dominant of other dogs, use a long line instead to remain in control.

If your dog isn’t social, don’t allow it to meet other dogs to see what happens, just advise people who would approach with their dogs that you would prefer them not to. We have a harness that can help pass this message without offending people.

If you have a known aggressive dog, steer away from places where other dogs are, it won’t benefit your dog in the end.

In all the above cases, seek help, great inroads have been made into diagnosing these behaviours and rehabilitating dogs and in the process, muzzles, long lines etc can be used to manage the risks, so seek help, don’t wait. The longer your dog rehearses aggressive behaviours, the more work will be needed to reverse these.

If you think you may be in trouble…

Keep your dog in your yard until you speak to us

With some help from us, we can often help seemingly impossible situations turn around most times.

Why K9 Pro are different

Our goal at K9 Pro – The K9 Professionals, is to provide you the best …